What is Exploratory Testing

This testing is similar to the ad-hoc testing and is done in order to learn/explore the application. It si shortly known as ET.

Exploratory software testing is a powerful and fun approach to testing. View the pdf tutorials about Exploratory Testing. In some situations, it can be orders of magnitude more productive than scripted testing. At least unconsciously, testers perform exploratory testing at one time or another. Yet it doesn’t get much respect in our field. It can be considered as “Scientific Thinking” at real time. 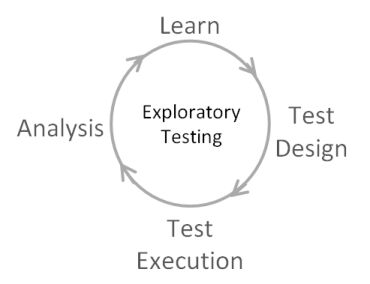 Exploratory testing is the act of exploring, making discoveries about the software, whether it works or not, the type of job it does and what it doesn’t do. The tester keeps making a new decision based on what are discovered during the course of the test. This is normally thought of as a black box testing technique.

What is exploratory testing?

Exploratory testing was first defined in 1984 by Cem Kaner, as “a style of software testing that emphasizes the personal freedom and responsibility of the individual tester to continually optimize the quality of his/her work by treating test-related learning, test design, test execution, and test result interpretation as mutually supportive activities that run in parallel throughout the project.”

Exploratory testing comes with some advantages which are highlighted below.

Exploratory testing is not without one or two disadvantages. Here are a few of the disadvantages to take note of.

The importance of exploratory testing cannot be overemphasized. Exploratory testing requires testers with an analytical mindset, who are able to know what to test for and how to analyze the results, even though the tests are carried out by automated software.