Verification and testing are two other software engineering terminologies that need to be explained for a better understanding. Both of them play a significant role in the development of a program that will satisfy the end user and maintain high quality.

What is software testing?

Software testing refers to the process of executing an application or program with the intent of detecting potential software bugs. It also has the objective of helping the developers to find out whether the software is working according to the intended purpose. During the testing process, the end user’s area of application will be considered and the software will be subjected to a series of tests to ensure it satisfies the needs of the end users.

This will include several testing for several factors that may affect the performance of the system such as the presence of a bug, programming error, and other hidden dangers to the software. When these shortcomings are detected during the testing process, they will be corrected without delay before the completion of the software system.

The testing can either be done manually by the programmers. This will require that they will go through the program to hand pick the errors for correction.  The automated can also be used for testing but it functions by using some tools and scripts. Although the techniques are different and have their advantages,

On the other hand, we have software verification, another important tool they each constitute a great way of identifying the errors in a program. There are contributory factors to the high quality of a software program. What is it? 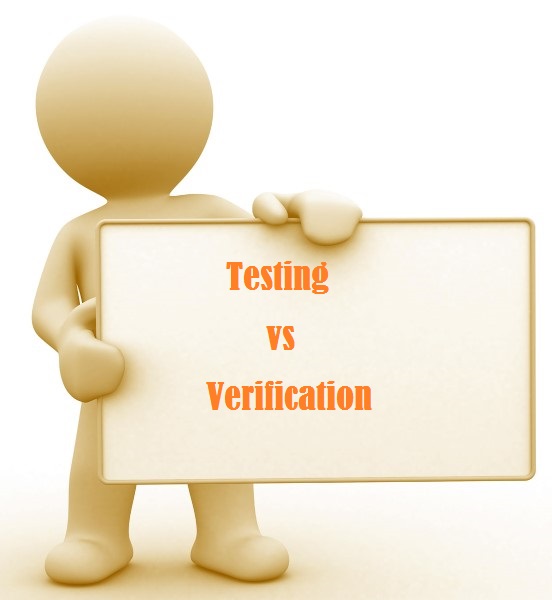 What is system verification?

Some of the processes that make up system verification are:

The verification process is usually at the beginning of a development process and all the processes above will be done for the evaluation of some important plan, code, and specifications. The objective of verification is to answer the question “Are we developing the software according to the specification and requirements?”

For instance, banking software will be expected to be used for processing customer information, balance the account in case of withdrawal or otherwise, and other related functions. If verification is to be performed on the software, the testers will test whether these functions can be performed effectively by the software. If a banking software can update a withdrawal but cannot do the same for saving, it will generate a lot of problems. If verification is performed, such problem will be easily corrected. If any of the features of the software malfunctions, the defect will render the performance of the system useless.