What is Smoke Testing

This type of testing is also called sanity testing. But there are some difference between Smoke and Sanity testing. and is done in order to check if the application is ready for further major testing and is working properly without failing up to least expected level. Read pdf tutorials about Smoke test at the end of this page. A test of new or repaired equipment by turning it on. If it smokes… guess what… it doesn’t work! The term also refers to testing the basic functions of software. The term was originally coined in the manufacture of containers and pipes, where smoke was introduced to determine if there were any leaks.

The advantages of smoke testing are shown below.

A common practice at Microsoft and some other shrink-wrap software companies is the “daily build and smoke test” process. Every file is compiled, linked, and combined into an executable program every day, and the program is then put through a “smoke test,” a relatively simple check to see whether the product “smokes” when it runs. 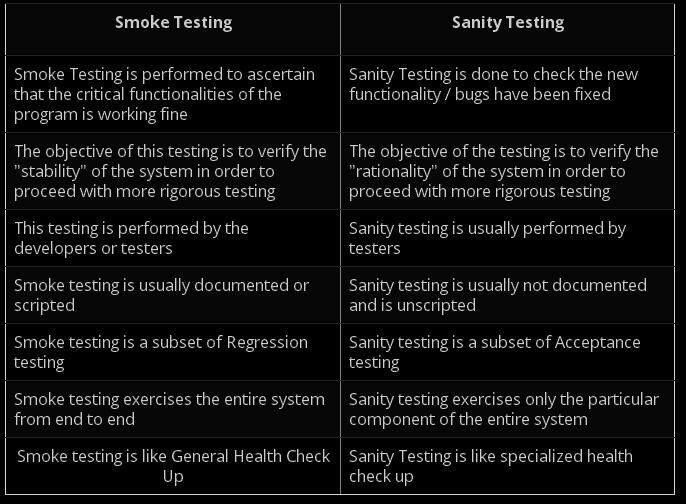